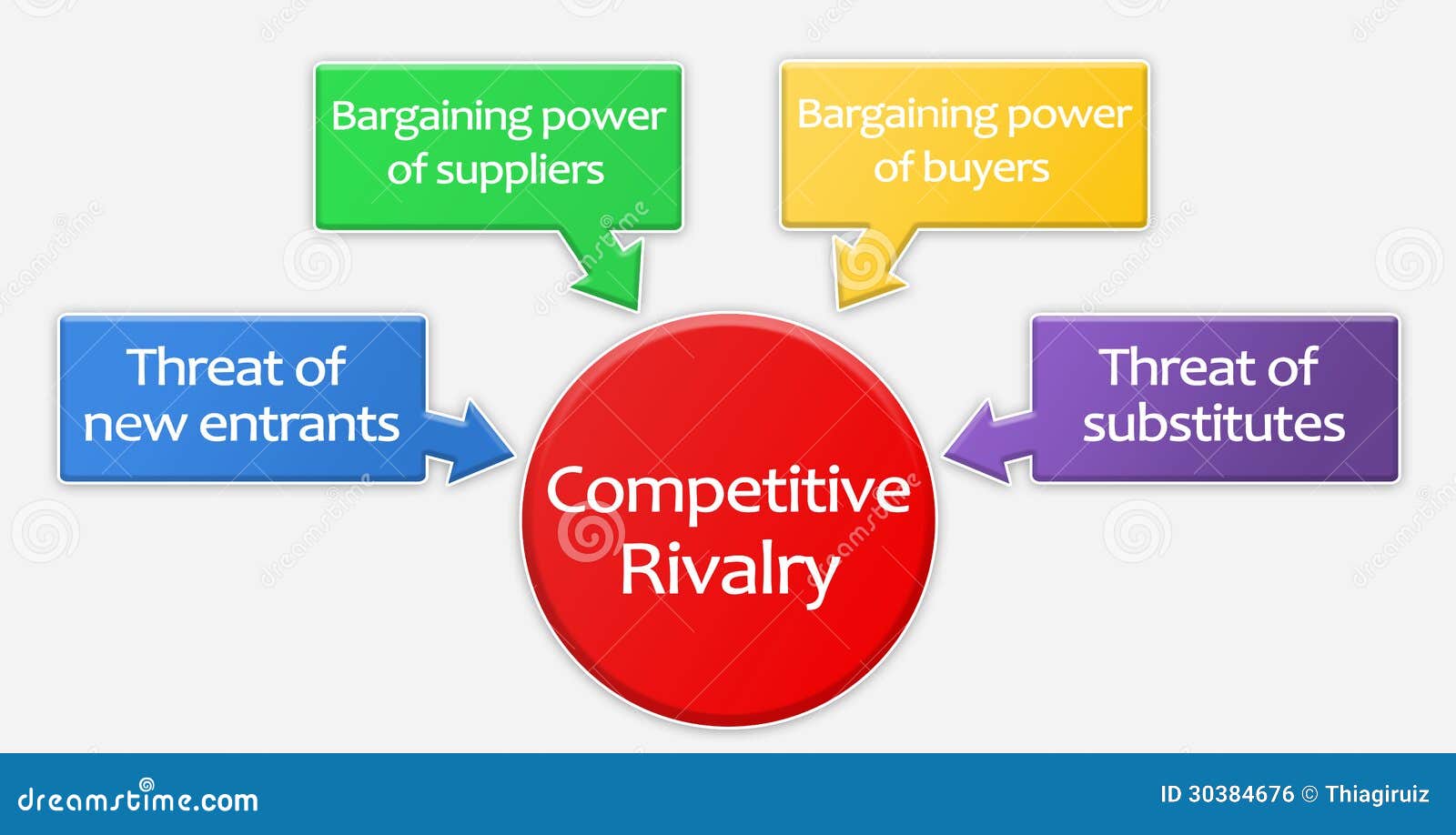 If you’ve ever listened to Warren Buffett talk about investing, you’ve heard him mention the idea of a company’s moat. The moat is a simple way of describing a company’s competitive advantages. Company’s with a strong competitive advantage have large moats, and therefore higher profit margins. And investors should always be concerned with profit margins.

This article looks at a methodology called the Porter’s Five Forces Analysis. In his book Competitive Strategy, Harvard professor Michael Porter describes five forces affecting the profitability of companies. These are the five forces he noted:

These five forces, taken together, give us insight into a company’s competitive position, and its profitability.

Rivals are competitors within an industry. Rivalry in the industry can be weak, with few competitors that don’t compete very aggressively. Or it can be intense, with many competitors fighting in a cut-throat environment.

Factors affecting the intensity of rivalry are:

The threat of new entrants rises as the barrier to entry is reduced in a marketplace. As more firms enter a market, you will see rivalry increase, and profitability will fall (theoretically) to the point where there is no incentive for new firms to enter the industry.

Here are some common barriers to entry:

This is probably the most overlooked, and therefore most damaging, element of strategic decision making. It’s imperative that business owners (us) not only look at what the company’s direct competitors are doing, but what other types of products people could buy instead.

There are two types of buyer power. The first is related to the customer’s price sensitivity. If each brand of a product is similar to all the others, then the buyer will base the purchase decision mainly on price. This will increase the competitive rivalry, resulting in lower prices, and lower profitability.

The other type of buyer power relates to negotiating power. Larger buyers tend to have more leverage with the firm, and can negotiate lower prices. When there are many small buyers of a product, all other things remaining equal, the company supplying the product will have higher prices and higher margins. Conversely, if a company sells to a few large buyers, those buyers will have significant leverage to negotiate better pricing.

Some factors affecting buyer power are:

Buyer power looks at the relative power a company’s customers has over it. When multiple suppliers are producing a commoditized product, the company will make its purchase decision based mainly on price, which tends to lower costs. On the other hand, if a single supplier is producing something the company has to have, the company will have little leverage to negotiate a better price.

A few factors that determine supplier power include:

It’s important to analyze these five forces and their affect on companies we want to invest in. The Porter Five Forces Analysis will give you a good explanation for the profitability of an industry, and the firms within it. If you want to know why a company is able, or unable, to make a decent profit, this is the first analysis you should do.