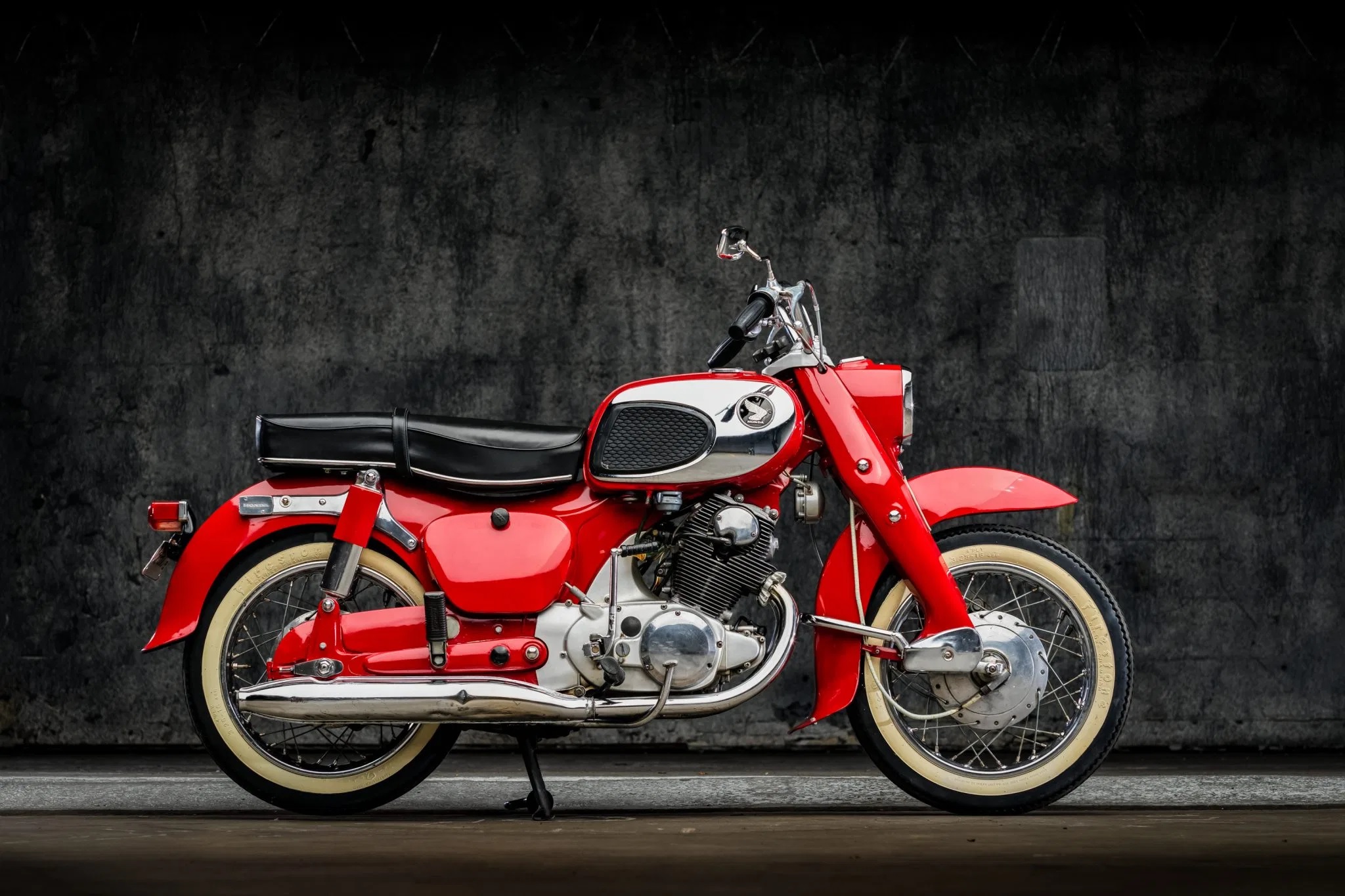 Launched back in 1995, the Honda CA 125 had a cruiser inspired design, but a frugal commuter engine straight out of the 1980s Honda CB 125. This gave the CA 125 owner a unique experience, with riding feel very similar to the larger American cruisers. Even the seat mimicked a solo rider style, with just a basic pad for the pillion rider. The Honda Motorcycle Company continued production for 5 years, during which time this bike was a great favourite with riders wanting a dash of biker image during their regular commuting.

The Honda CA 125 was powered by a tried and tested air-cooled, four-stroke engine with a displacement of about 125cc. Not exactly a powerhouse, this frugal commuter engine gave just 11 hp at 9500 rpm. However, it was still a fun ride, thanks to the cruiser riding posture and light kerb weight of just over 300 pounds. Once on the open road, this Honda could touch speeds of around 70 mph in the fifth gear. Surprisingly, Honda gave this cruiser design bike a fuel tank holding just about 2 gallons of petrol.

The 5 speed transmission on the Honda CA 125 was also familiar to owners of Honda commuter motorcycles. Designed for frequent gear changes in city and town roads, it came with a depending clutch plate and sensible gear ratios. The CA 125 wore 17 inch, 90/90 tyres in front with an effective disc brake, while the rear had smaller, fatter 15 inch, 130/90 rubber and an drum brake. This combination of tyres added to the cruiser styling, along with liberal use of chrome all over the bike and the stylized exhaust.

In the right riding conditions, CB 125 cruiser styled motorcycles would return consumption averages as high as 65 to 70 mpg. This mix of a frugal engine with cruiser styling proved very popular internationally, with some countries still manufacturing clones of the Honda CA 125 for growing economies. You can find this sturdy little Honda in many UK streets as well, with owners and enthusiasts keeping the spirit alive. Quality spare parts are still available that can help you restore any production model of the CB 125 back to perfect running condition. The excellent Honda engine is usually in perfect condition, even after thousands of miles behind it. With a bit of elbow grease and some genuine parts, this unique commuter from the 90s can still provide young riders a thrill on a tight budget.